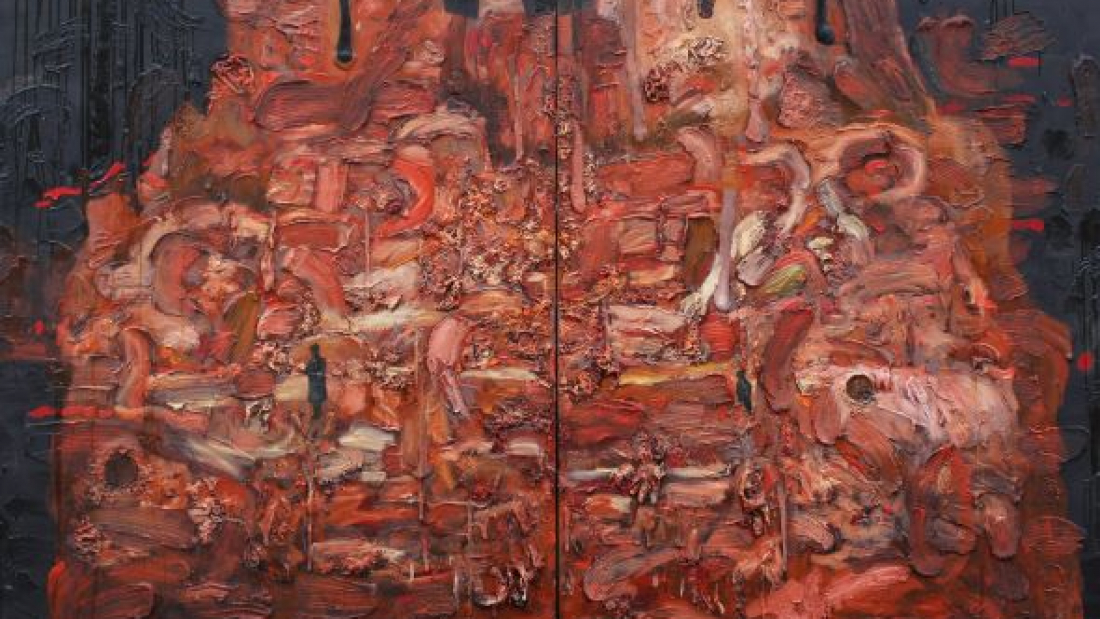 HELLGOD’S MACHINE AND PARADISE OF PAINTING

At the Museum of New Art in Pärnu

To understand the creative world of Finnish-Estonian painter Mika Vesalahti (1967) it is advisable to open Dante Alighieri’s (1265-1321) DIVINE COMEDY HELL – this is the best known work of literature from the Early Middle Ages.

Hell (Inferno, 1314) is the first and most valued part of the trilogy. Translation of Hell to Estonian was initiated by Villem Grünthal-Ridala in 1910. In 1939 Johannes Semper went on with it and Harald Rajamets completed the translation in the1960ies.

Both, Dante and Vesalahti have a warning for us – that having reached the Paradise, you might find Hell and the other way round. This philosophical pattern works in Mustla as well as in Moscow, in Paris as well as Pärnu. We should believe the artist – you might find warmth in Hell and mercilessness in Heaven.

Mika Vesalahti as a philosophical painter is highly valued in his country of birth, Finland, but little known in his new homeland, Estonia. This exhibition will hopefully fill the gap.

Do not fear Mika’s Hellgod’s Machine! You are welcome in the Museum of New Art!

Mark Soosaar, curator of the Museum of New Art

Mika Vesalahti studied at the Art Academy of Helsinki in 1988-93.

He has shown his work on solo exhibitions since 1995 in Finland as well as abroad and on many group exhibitions in his home country and abroad, in Germany, France, Portugal, Italy, Sweden, Russia, United Arab Emirates.

In the summer of 2021 Mika Vesalahti showed his work at the group exhibition of Finnish artists in Munich, and in the winter of 2022 his solo exhibition will be displayed in Florence.

He lives in Mulgimaa, his studios are in Helsinki as in Viljandi.

Supporters of the exhibition: Estonian Cultural Endowment, Finnish Institute, Town Government of Pärnu and the Ministry of Culture. 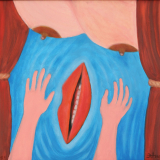 The show of brand new paintings by Jüri Arrak at the Museum ... 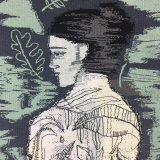 MIMICRY. Annual exhibition and the laureates of textile awa ... 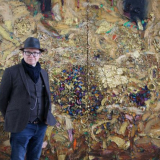 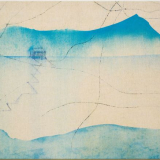 When Estonian artists reached Capri during the beginning of ... 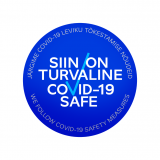 With the COVID-19 safety label, trusted to us by Visit Pärnu ... 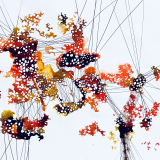 The show of brand new paintings by Jüri Arrak at the Museum ...

MIMICRY. Annual exhibition and the laureates of textile awa ...